Benalmadena at World Championship! Our achievements 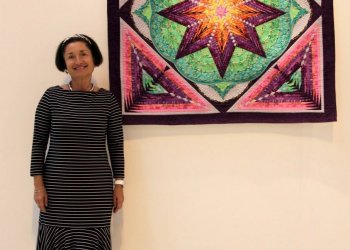 A  president of our association and a resident of Benalmadena Oksana Mader was selected for the World Quilting Championship – "World Quilt Competiton " - WQC 2018.
Such competitions are so popular among the artists of patchwork from all over the world that within half a year the exposition is carried to different cities of the USA: Manchester, Oaks, Santa Clara, Orlando.

Many quilters dream to get to the world championship, but it is necessary to pass a strict selection. Two works by Oksana Mader went to Manchester and are now exhibited among the best other artworks of the world. According to the competition rules, the finalists will be shown in several states: New Hampshire, Pennsylvania, California, Florida and in Germany in 2019.

- In my childhood I loved to play with mallow flowers, they reminded me of the dress of Thumbelina. My childhood dreams surfaced when I saw the drawing of my first teacher in the art of textile sewing Lyubov Lezhanina. So my work appeared - "The Beauty", which I dedicated to her. Now Lyubov is going through a difficult stage of her life, and with this work I want to give her the strength to live and create further, - Oksana Mader said.
- I am happy that this work was selected for the WQC 2018 Championship. Also there is presented one more my artwork "Kaleidoscope of my life and love", the winner of the European Championship for the Quilt in Birmingham 2016 / Great Britain.

And while these two wonderful works are traveling across the United States, here on Costa del Sol there is an active preparation for the Second International Festival - "2º Festival Internacional Arte Textil, Benalmadena 2018", which will be held in Benalmadena from September 7 to 16. After the great success of the first exhibition, the organizers - the association LuckyQuilters International decided to expand the scope of the exposition and make a full-scale Festival.

The Festival is divided into 2 parts: the Castle of Bil Bil will feature the works of famous masters, and in the Park de la Paloma - amateur works, as well as the work of beginning quilters. Participants from Spain, Great Britain, Russia, Poland, France and Uzbekistan will bring their works to the south of Spain.

We recommend to come to the Festival and admire the amazing works of the artists. 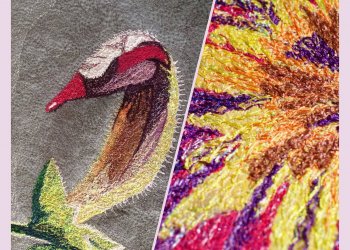 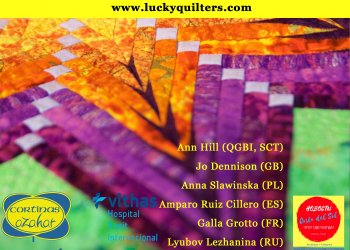