FROM THE HEART Action of solidarity 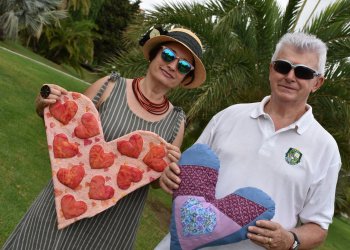 Hundreds of colorful hearts created by hands !!!
At the Second International Festival of Art Textile in Benalmadena, another charitable project is presented - "Heart Pillows" from the masters.

President of the LuckyQuilters International Association Oksana Mader learned that the German charitable organization Kölner Herzkissen e.V. makes special pillows in the form of the heart for the three oncological centers. Women who underwent surgery on the chest place these pillows under their armpits to ease the pain from touching the arm to the seam.
So they can even drive a car without strong pain.

Oksana Mader proposed to make one side of such a pillow in patchwork style and threw a call through familiar masters in different countries. The first responded women from Ukraine - Lyudmila Eremenko and Liana Yarovaya sent several samples. Later, craftwomen from other countries joined.

And here in Benalmadena have collected more than 150 art pillowcases. Only Anna Slavinska brought 55 original works created by Polish women. Women from Scotland passed more than 60 hearts through Anne Hill, and Russians - through Irina Chekini. Masters from Spain, Holland, Germany, France, Uzbekistan and other countries played their full part in this action of solidarity. In total, more than 20 nationalities were involved in the project.

On Tuesday, Paloma Park in Benalmadena shone from the beautiful works and the kindness with which they are filled.

It's nice that other countries have become interested in this idea. Oksana Mader decided to give the idea that people all over the world can give good and help those who need it now. 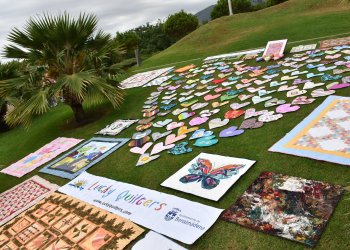 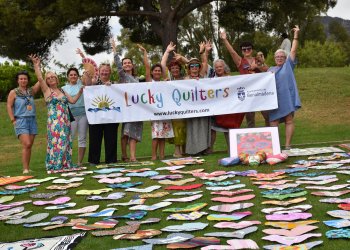 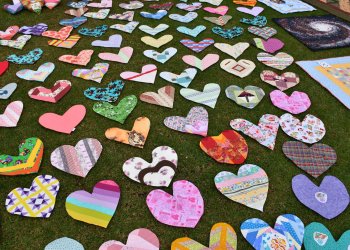 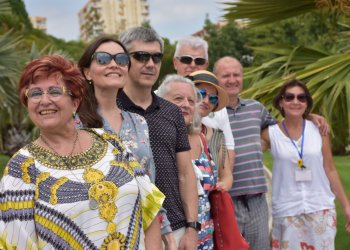 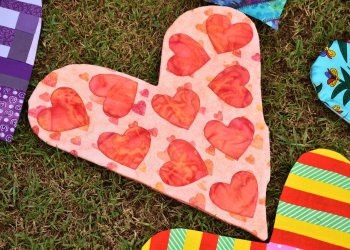 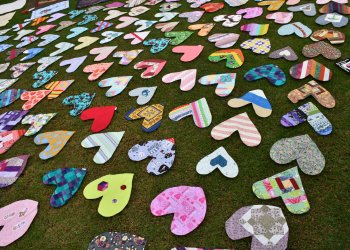 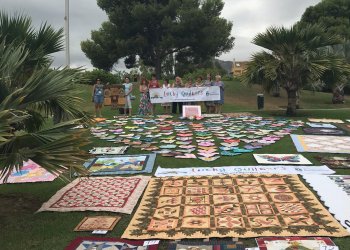 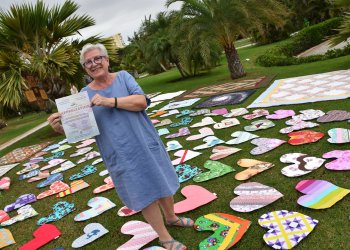 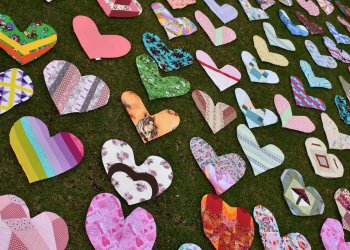 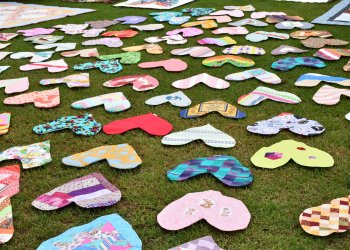