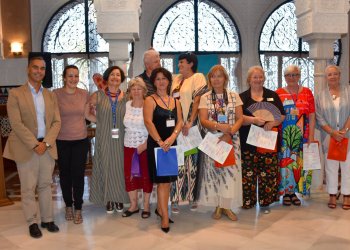 3D canvases from patches, healing paintings, thousands of kilometers of threads, hundreds of square meters of fabric, a million bright and muted shades, a big heart and exotic guests from Uzbekistan - the Second international Festival of Art Textile opened in Benalmadena.

For the first time it is divided into 2 parts: the Castle Bil Bil presents the work of eminent masters, and in the Park de La Paloma - amateur works, as well as the work of beginning quilters.

-This is a very personalized exhibition, each participant's work has its own style, its own face, they are so characteristic,-  says Oksana Mader, the inspirer and organizer of the Festival, without hiding admiration.

2 years ago Oksana Mader first exhibited her work at the prestigious patchwork / quilting competition in Birmingham (Great Britain) and immediately became the winner in the nomination "My first quilt". And last year, together with her husband, Peter Mader, they registered the LuckyQuilters International association, which united artists of art textiles from around the world.

In a very short time, this non-profit organization was able to give Benalmadena the status of the quilt-capital of Costa del Sol. And now the second exhibition is the brainchild of this creative team.

-All this magic was created by these hands of ordinary women,-  Ana García Palomo, vice-president of the LuckyQuilters international Association, told emotionally at the ceremony of inauguration.

Just think, one of the participants came to us from Uzbekistan. It is in 7.5 thousand kilometers from us!!!” - admired representatives of the city's public, speaking at the ceremony of inauguration. They also stressed that this exhibition is very important for the image of Benalmadena.

- You know, I was given a passport with a visa 4 days before the flight. In Uzbekistan, we still need permission to leave,  - Irina Shashilova said, -
-  I think the decisive role was played by the fact that the invitation to the festival was from the Municipality of Benalmadena. And this city has long been close to me - especially for the exhibition, I created its coat of arm from the fabric.

The cosmos, the deep comprehension of life, philosophy, native lands, nature, people, and many colors - all these are themes of works, so different, and at the same time, so attractive. I wanted to show you the authors and I photographed them next to their canvases. I looked very much at one job for a very long time.

At first glance it seemed to me that this is a graphic work in 3D or a picture written with acrylic or oil. But on closer view I saw that it was the fibers of the wool.

- This technique is called felting, I began to experiment with fibers and at first simply laid out, without fixing anything, and then began to glue to the surface, - Valentina Skubak said.

- This is the wool of fine-wooled sheep, the purest ecological material. Those who have my works say that they treat, for example knees.

When I met these enthusiastic people, I began to help them too. In addition to the creative, the charitable side of the project bribed me. The LuckyQuilters international association supports the hospice Cudeca Benalmadena, the Center for the Disabled "Alhaurin de la Torre la Candelaria".

Several times a year, the author's covers from the famous masters are played in the raffle, and all the fees are transferred to these organizations. And now a very beautiful work is on the raffle (in the photo - on the round table). And you too have a chance to become its owner. More information about this raffle can be found on the website of the organization: http://www.luckyquilters.com/second-festival-art-quilt-2018/

In addition, this year there was another idea. This is the "Heart Pillows" German charity organization Kölner Herzkissen e.V. makes special pillows in the form of a heart for women who have undergone surgery on the chest. They are put under the armpit to ease the pain from touching the arm to the seam.

Oksana Mader proposed to make one side of such a pillow in patchwork style and threw a cry through familiar masters in different countries.

The first responded women from Ukraine and sent several samples. Later, craftwomen of Great Britain, Poland, Russia and other countries joined and in a few months created pillowcases for more than 150 pillows. Each is original, has its own design. They were to be set up this weekend in Paloma Park in Benalmadena. But because of the rains the date was postponed. In the coming days we will inform the day when you can see these works. By the way, there is also an exhibition and competition of patchwork and quilt work for amateurs in the park.

By the way, other countries have become interested in this idea. And I'll talk about this separately.

In the meantime, I invite you to the exhibition in Benalmadena at Bil Bil Castle https://goo.gl/maps/kGW4TCRcriu

The exhibition is open on weekdays until September 16 inclusive

THE ENTRANCE IS FREE

Welcome, such in Spain you did not see for sure!) 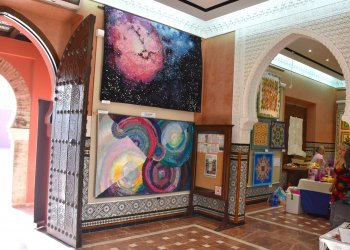 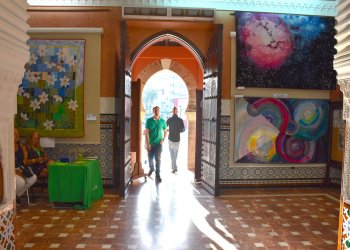 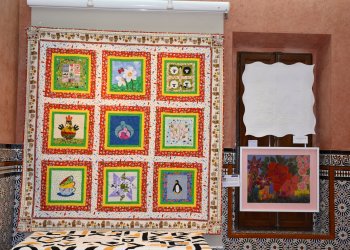 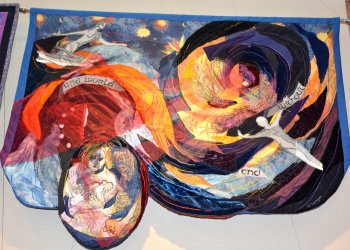 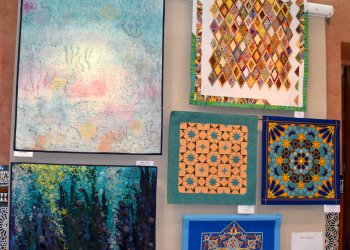 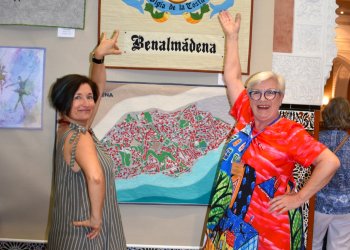 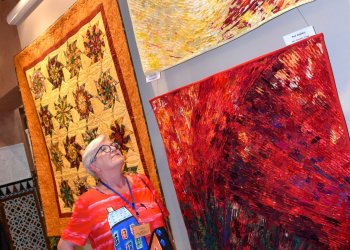 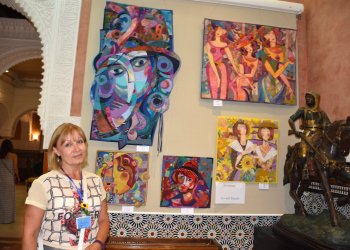 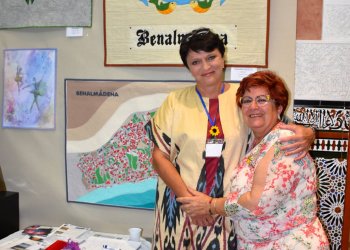 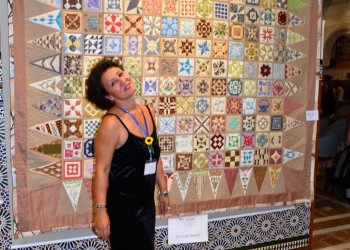 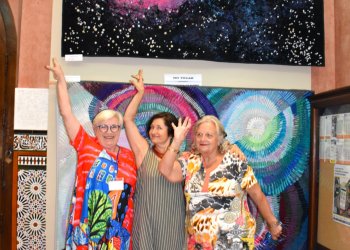 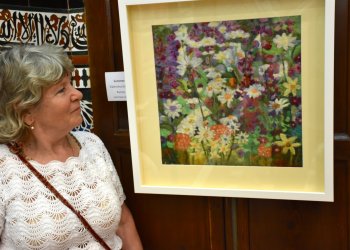 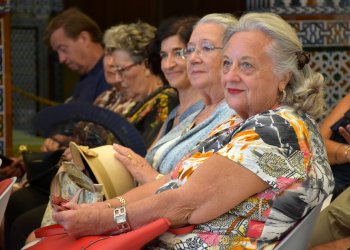 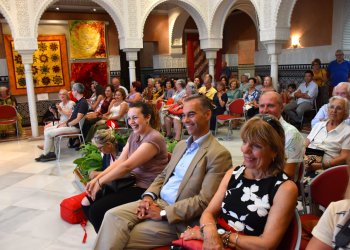 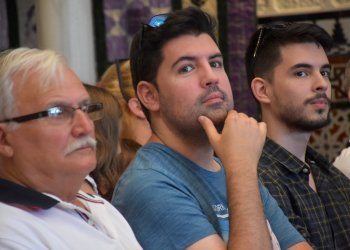 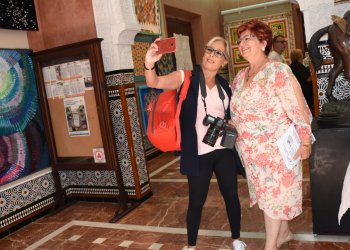 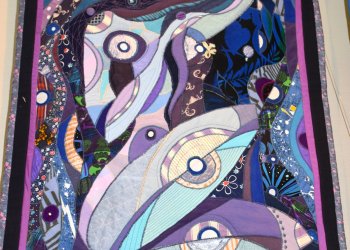 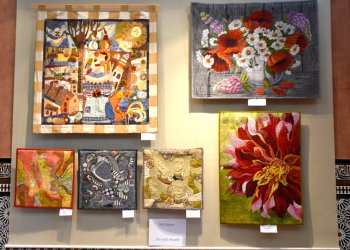 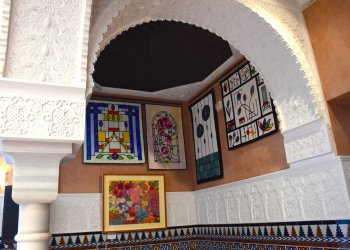 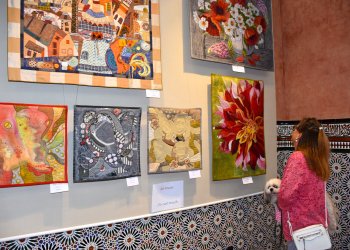 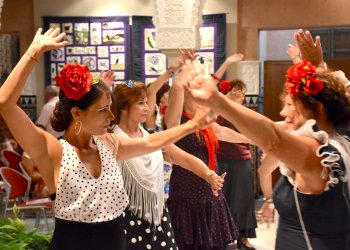 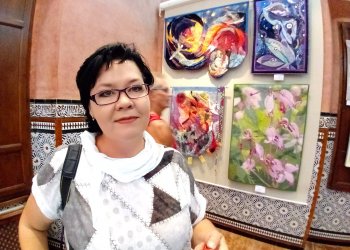 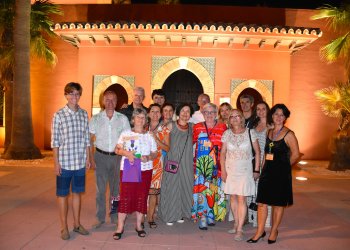